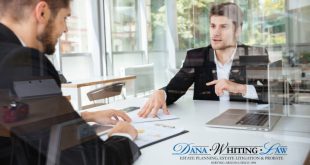 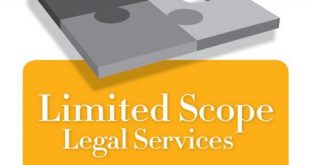 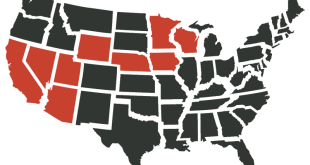 The Marine manages and ensures the provision and quality of these special initiatives, which comprise a variety of core services, including but not limited to: community outreach coordination and engagement; clinical programming; providing legal services in the Lower Hudson Valley and New York City; Volunteer and pro bono recruitment and management; Implementation and monitoring of financial city, regional and state-justice; management, cooperation and training of lawyers and managers; and direct advocacy.

Before joining Catholic Charities, Marine was the Assistant Director of the Immigrant Protection Unit of the New York Legal Aid Group and their lead attorney for community-based immigration legal initiatives. He is also a law partner in the Homeland Security Immigration and Customs Enforcement Office of the Chief Counsel.

Marine graduated from Stony Brook University in 2007 and from Brooklyn Law School in 2011. He is admitted to practice in New Jersey and New York.

Susan specializes in building new pro bono programs from the ground up: identifying service needs, developing a vision, launching new projects, and strengthening them over time.

Prior to her current role, Susan worked at the American Immigration Lawyers Association where she managed AILA’s pro bono presence for over a decade, engaging with attorneys, community-based organizations, large corporations of law, law schools, Working with embassies, consulates and others. constituents. Susan’s work has met ongoing and emergency pro bono project management needs, including AILA’s Family Custody Pro Bono Project in Artesia, New Mexico, and Daly, Texas. The Artesia Pro Bono Project uses an innovative pro bono model and a 24-hour effort to recruit, train and coordinate volunteer resources to help women and children trapped in remote facilities and effectively denied the access to but bona fide immigration. Legal advice should be provided.

Susan graduated from the University of Texas at Austin in 2000 and CUNY School of Law in 2006. She is admitted to practice in New York.

Mirjam Gronenfelder-Reig joined Catholic Charities in 2019 to oversee project management and offer assistance in several programs, including volunteer recruitment, engagement, and case placement for pro bono projects. Mirjam has almost 9 years of experience working in the non-profit sector in New York City. He implemented the immigration program and developed community engagement priorities while at the Mayor’s Office of Immigrant Affairs and the New York Legal Assistance Group (NYLAG). He also has extensive experience supporting fundraising initiatives and grant management for various organizations in the criminal justice and immigration fields, including Exalt Youth, The Legal Aid Society, New York Legal Assistance Group, and The Fortune Society. At NYLAG, Mirjam also represents victims of domestic violence and undocumented youth as an Immigration Appeals (BIA) representative.

Immediately after joining Catholic Charities in 2019, Mirjam found herself a frontline volunteer, participating in the Daily Pro Bono Project in Texas, where she prepared women in a family settlement center in South Texas for their reliable horror interviews. From Switzerland, Mirjam returned to Europe in the summer of 2018 to witness the migrant crisis on the continent by volunteering at the House of All, a safe house for refugees and collective aid in Bosnia, a joint partnership of hundreds of homeless people. Giving food to refugees. train station in Sarajevo.

Mirjam earned a Bachelor of Arts in Languages ​​​​​​and Literature from Bard College in 2009 and a Master of Arts in International Education from New York University in 2015, where she studied best practices in interventions in the education of refugees and other crisis situations. Mirjam speaks German and Spanish fluently and speaks Russian and French.

Previously, Leanne was the Senior Pro Bono Coordinating Attorney for Children in Need of Rescue, and a staff attorney at Human Rights First New York, where she represented families and children in Central America in removal proceedings, and pro bond lawyers in search of refugees. SIJS for their customers.

Lane spent four and a half years on defense teams representing individuals accused of international human rights violations in The Hague, Netherlands, at the International Criminal Court and at the International Criminal Tribunal for the Former Yugoslavia. Before moving to The Hague, Leanne worked as a clinical intern and consultant at the Catholic Charities Department of Immigrant and Refugee Services, where she pursued family-based applications, T/U-visas, asylum seekers and other relief.

Liane served in the Peace Corps in Quito, Ecuador from 2003 to 2006, where she led several adult literacy, anti-domestic violence, and anti-human trafficking campaigns.

He graduated from Barnard College in 2003 and from St. John’s University School of Law in 2009. He is admitted to practice in New York.

Victor to NY, Inc. He was selected as a 2017 Rising Star by the Hispanic Coalition and is a frequent presenter and immigration expert in the Kingston area. Victor uses his personal immigration experience, as an immigrant from Peru who settled in Kingston, NY at a young age, to provide quality representation to those most in need.

From 2017 to 2020, Julie worked with a team of two lawyers and a team of six paralegals at Catholic Charities as part of the ActionNYC in Schools project, a collaboration with the NYC Mayor’s Office of Immigrant Affairs and a host of New York City nonprofits. Through ActionNYC in the Schools (one of the municipal programs that offers regular immigration legal assistance in schools across the country), Julie implements programs to provide weekly, on-site legal supervision and representation. of immigrant students and their families throughout the city. country district.

Prior to her work at Catholic Charities, Julie represented immigrant farm workers seeking immigration benefits, including victims of serious crimes and domestic violence, as a staff attorney at a small nonprofit in California’s Central Valley. From 2015-2016, he worked in private immigration practice in New York City, representing detained and non-detained immigrants before the New York City and Elizabeth Immigration Courts, as well as the Board of Immigration Appeals. He also oversees a large federal circuit court docket.

Sophia Genovese is a pro bono supervising attorney for Catholic Charities based in Newburgh, New York. He represents individuals and families in a variety of affirmative and defensive immigration applications.

Prior to joining CCCS, Sophia was a direct service attorney 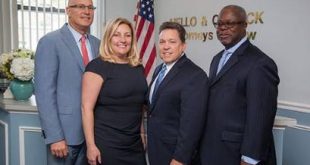 Legal Services Lawyer – You have a vision and the desire to make it happen, …

Powered by WordPress | Designed by TieLabs
© Copyright 2022, All Rights Reserved